Books are amazing.
They have the ability to bring people together in very interesting ways.
I attended the 2011 StoryMoja Hay festival, where I met the people behind ‘Pods Must be Crazy‘, a social experiment/book club that collects books and encourages people to leave them in public places for others to find and read.

The whole point, first of all, is to make it a habit for people to read books, and as soon as they are done, they leave them in public places for others to find, and (hopefully) read and leave in another public place. The books have little tracking forms in them, where people write where they found the books.
Granted the titles available were kinda hard to read (like ‘The Children’s Encyclopedia’), but with luck, and the addition of books that are sitting in people’s houses gathering dust, the collection will grow larger and more varied.
In a rather interesting twist, I got Landed Gently, a crime thriller, which I traded for Hamlet, and that is what I’m reading now. 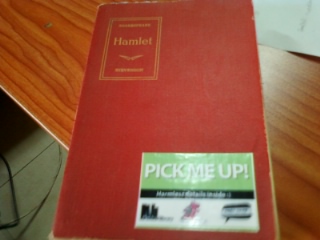 Hopefully I shall find a book or two after I finish with mine and leave it somewhere random.

This comes a while after a post about some of the things I did and believed in when I was a child.
Would you want to be a child again?
The problem with life is we all start young. So much for intelligent design. Like we work our way through it, getting more and more wisdom, some of which we could have used beforehand, but then again it’s the nature of life to save the important lessons for later.

Childhood is a generally turbulent time. there is so much to learn, so much to get right, so much that is, conversely, gotten wrong, leading to punishment, and if you’re lucky, a life lesson. Along with that, you get scars, a potent reminder of when you fell.
But you know where and when you’re going to fall. Would you do it differently? Perhaps. Then you would deny yourself some of the lessons that you learned as a result of that experience. Maybe you become a changed person, so much so that you don’t recognize yourself.
Therein lies the irony. If you could travel back in time and change yourself too much, you become someone else. If you change too little and you will suffer twice the fate.
Truth is, you are already changing your future based on what you are doing now. Forget those momentous gestures that you think will drastically change the future into some weird, wild, unrecognizable tangle of stuff… But maybe that’s how it’s supposed to be.
Forks in the road should not leave worries about roads not taken. They lead down increasingly complex expressions of probability. They are, in a way, the first step in the journey of a thousand miles. They have their own consequences that you may not know at that moment, but when you realize what exactly is going on, it all fits…
Don’t be afraid of the future, instead work on your present. Make it the best present you can, and the future will take care of itself.