So that you don’t look at me funny, I start with what has to be the creepiest lolcat ever…
Ok, now that I’ve started with that, I just wanted to creep you out. Cats are evil. And soft and warm at the same time… It’s a niche market, the perfect conspiracy. Make them nice and cute, but with a sprinkling of evil, and soon they shall yield. But this one wins.

I concur, having watched Disturbia. Thank goodness we don’t have one of those, both the cat and the basement.

So yesterday I was thinking about the way we strive to climb up the hierarchy, become the best of anything. And just as you get to the top of the pile, you realise that your pile was at the bottom, supporting a host of other piles. Which begs the question, is the pursuit of number 1 really worth it, seeing as number 1 is all the way up there, and you’re all the way down here?
Now I’m not saying we should just settle with the status quo, no. I’m saying it’s good to have ambition, the desire to be better. but how much better? Better could be the first one in your family to go to college, or the first millionaire, or something as mundane-sounding as surviving to see your great grandchildren.
A story is told of a fisherman in some sleepy backwater in Mexico, he was asked why he just settled with being a fisherman while he could do so much more with it, like say, hiring people to fish, selling the fish, expanding, getting a bigger enterprise, making enough money to retire to some sleepy backwater where he could fish all he wanted…
The guy got to the end, not by following the marked road, but by realizing that he was happy with just settling. So either follow the road and enjoy the trip or identify an end and take the shortest way there…
Maybe that’s the secret to being happy. All that matters is whether you’re well and truly happy.
Then there’s t shirt distractions like this one, not half bad 😀

Get thee behind me…

So all that matters is that you’re happy, as long as you’re not happy at someone else’s expense.
Don’t worry, be happy. Simple.

Blogged with the Flock Browser

I’m not one to shamelessly advocate for anything, in fact I’d rather go for what I percieve to be the underdog. But I have to say, Flock has to be the best browser everrr. Yeah. It’s the one browser that’s grabbed me by my nostrils and thrust me into web 2.0. And it was simple, plain and non-invasive (save the nostrils bit, though we came to an agreement, I wouldn’t sue). It made stuff I’d shied away from fun. like blogging. And while there’s other browsers out there that I’ve used and advocated for, this one takes the cake. plus it’s so social that I’m considering a foray into the dark and dingy alleys of my MySpace account. It just makes the web feel that much more clean and blue and safe. And mine. let’s not forget that.

So aside from the general suckiness of being made to stay home, I have the net, a welcome distraction, where I can just sit and look at randomly generated stuff. Plus i’m up to date with all the webcomics I’m following, which is awesome… I’ve fixed and upgraded the home computer, so it’s going to go on for ever… Ok, no, for a very long time. Ok, no, for like the next year or so. then it’s going to get tweaked again. Vicious cycle. But technology is one of those things, it keeps going for its own sake.

Yeah, random baby.. At least he’s happy with whatever that is

I’m disturbed by the number of people that have absolutely no idea who George Orwell is, or rather Eric Arthur Blair. I’m reading 1984 and acknowledging that this guy was genius. 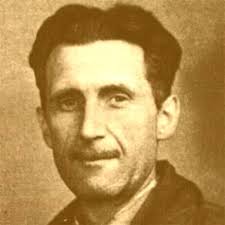 So the guy that gave us 1984 isn’t that well known, fine. How about Animal Farm? That’s the book that gave us all the ‘all animals are equal, but some are more equal than others’ quote. He’s the guy that broke down the Soviet empire into easy-to-understand characters, he’s the one that saw that communism is about the biggest hoax there is… But noone knows who he is. Sad. He’s the guy that breaks down what it was like to be a colonial soldier in Burma, he asks why the English language is, he went down a coal mine and wrote everything exactly as he saw it. He was, by far, one of the greatest literary minds of the last century.
But then again, we don’t read. We’re told. So now I’ve told you. Go look him up…

Blogged with the Flock Browser

Apparently today is the first perfectly square (that’s if you live in the parts of the world where dates are written as month/date/year) April Fools’ Day. So happy Pranking. Just don’t prank me…

Wikipedia went overboard today, with stories so outrageous that they just might be true. Like the one where the Irish Prime Minister was seen walking around naked. Yeah, that one was funny.

It’s one of those days, long, hot, the kind where you just want to go nap and forget everything, especially after extenuating circumstances. Seeing as I’m on strike, I figured, why not use my energy for good? Have internet, will blog.

So, buckets in doorways aside, it was an interesting April Fools…
Way to make a start, eh?

Plus I’ve been listening to awesome music and such, like Natasha Bedingfield and Nelly Furtado. Yeah, that’s what I get for wrecking my laptop and trading 36 GB of music for the contents of two 1 GB flash disks…
Oh yeah, plus I finally got to watch Jason Mraz and Colbie Caillat’s video… I have eclectic taste, that’s my excuse.

Here it is, enjoy.

So in the past two weeks, we’ve gone on strike twice. First one wasn’t too bad, blocking traffic, breaking windows, making noise… Then after coming back from that one, on a Sunday night, the second one happened, way worse. Buildings were burned, there were police, there was even a death…
So that’s just an indication at how messed up things were. the authorities weren’t that into problem solving, they believed more in treating the symptoms than solving problems. And on the side of the striking students, they don’t speak for me, their grievances don’t affect me in any way. But they claim to be speaking for me, an issue I continue to find sad.
And for that, we all suffered, and continue to suffer.
This generally sucks, especially how I keep suffering for the stuff other people do. But it’s all good. This too shall pass.

Welcome to WordPress.com. This is your first post. Edit or delete it and start blogging!